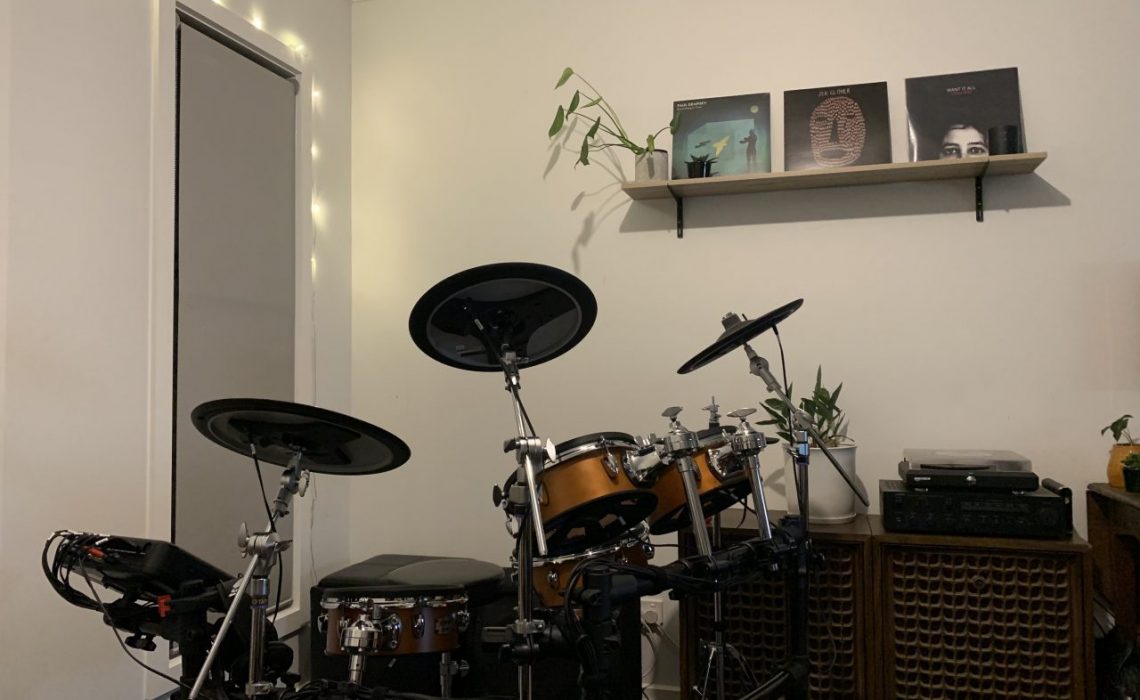 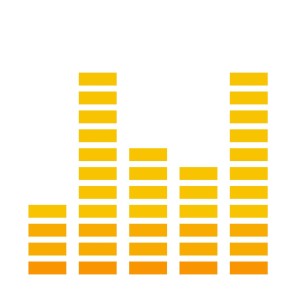 I’m not known for my ability to play the drums. In fact, I’d wager most people don’t know that I play the drums more often than I pick up the guitar. I find it incredibly cathartic but also quite meditative at the same time. That and they’re just darn good fun to bash away at.

Upgrading my electronic drum kit: I’ve been daydreaming about upgrading our drum kit for some time. Don’t get me wrong, the 5 piece Roland TD-9 we purchased over 5 years ago has been a gem of a kit, and it certainly doesn’t owe us anything, but for the last year or so I’ve been wanting to be able to record bands and the TD-9 just doesn’t get drummers excited.

Choosing a new kit: There might not be a ton of manufactures at the top of the list for studio quality electronic drum kits, but there are still a lot of drum kits to choose from. I quickly narrowed down my options to Roland, Alesis and Yamaha. One of my main concerns was making sure the manufacturer has been doing this for a while already – I don’t like purchasing gear that hasn’t been ‘road tested’ – that’s what R&D departments are supposed to be for. I wanted a kit that will do the job from day one. Another concern was compatibility with software; primarily EZdrummer. Thankfully EZdrummer provides support for a host of MIDI mappings, as you can see below.

Of course another consideration was that the kit had to appeal to drummers. After all, I want drummers to feel comfortable playing in the studio so that I can capture a great performance. The last thing I want is for my studio to be responsible for a compromised record. By the time I’d taken budget into consideration, I was down to the Roland VAD306, Yamaha DTX8K-M and the Alesis Strike Pro. I was initially keen on the Alesis Strike Pro given the larger pad sizes, but a few reviews suggested that fine tuning the triggering can be a headache. Naturally I found that worrisome, and we were down to the VAD306 and the DTX8.

Roland VAD306 vs Yamaha DTX8K-M: Here we are at the pointy end of the decision. Both are trusted brands, with a reputation for top-notch sound quality and design. Both kits offer real wood shells and real acoustic samples, not that I’m likely to use the on-board sounds in a recording. Both kits offer an acoustic drum kit feel, incorporating an acoustic hi-hat stand and snare stand. Both kits come complete with kick, snare, hats, 2 rack toms, a floor tom, 2 crash cymbals and a ride. The notable differences here are the 18″ KD-180L-BK kick on the Roland vs the 7.5″ KP90 on the Yamaha, the 12″ PDA120L-BK floor tom on the Roland vs the 10″ XP105T-X floor tom on Yamaha, and the hats, crash and ride cymbals at 12″ – 13″ on the Roland and 13″ – 15″ on the Yamaha.

Roland KD-180 vs Yamaha KP90 Kick Drum Pad: There’s no denying that Roland’s 18″ KD-180 looks great, and in reviews the Roland KD-180 has been touted as ‘the answer to your kick problems’. The KD-180 incorporates Roland’s air-damper mechanics which Roland claim ‘move air’ and provide resistance as the beater hits the head, providing stable and accurate triggering with authentic acoustic feel. Reviews of the Yamaha KP90 are hard to find and most appear to be opinions based on the specifications, rather than real world use or experience with the pad. Yamaha’s KP90 adopts the Yamaha three-layer cushion structure, which “produces an optimal feel depending on the strength of the hit”. Yamaha also claim that the pad will “faithfully reproduce the feeling from weak hits to strong hits”. This is achieved by using softer material for the foreground, and a hard material for the back side.

Overall drum kit size: The Roland VAD306 is a purposefully compact hybrid kit measuring 1,300 (W) x 1,200 (D) x 1,200 (H) mm. This is probably the biggest downside to the VAD306 and ultimately the reason I went with the Yamaha which offers an increased freedom of setup choice by incorporating the RS8 rack system. Yamaha’s DTX8 measures approximately 1,500 (W) x 1,100 (D) mm. Given I’m quite tall at 193cm, I found the flexibility of the RS8 rack design appealing. Reviews of the VAD306 also suggest that for larger drummers, the design is too compact and doesn’t live up to the great acoustic kit feel it claims.

My thoughts on the Yamaha DTX8K-M: I really love this kit. It looks fantastic in the studio, and once we’ve finished renovating the studio it will look even better. For some time we’ve been planning to re-spray my acoustic diffusion panels in bronze and black and paint three of the walls charcoal. We’ve also ordered a full width curtain for the back of the room (behind the kit) to give a stage-like feel. The ‘real wood’ birch ply shells will tie into this beautifully.

The 2 ply mesh head pads feel great and can be ‘tuned’ to change the feel and response (doesn’t affect the sound). They can also be replaced with other brands of mesh head should you desire. The 3 zone cymbals are fantastic in both sound and feel. Unlike the Roland CY-8 cymbals on my old TD-9, these cymbals choke first time every time. I love that the hit zone that extends all the way around the cymbals, not just designated slice. The ride is positionally sensitive, so playing closer to the bell produces a brighter sound, and playing towards the edge produces a darker sound.

The KP90 kick drum pad is easily the best kick drum pad I’ve ever played. It has a solid punch to it and you really do get that pillowy, air cushioning feedback. As promised the feel really does change depending on how hard you hit the kick pedal. I think this is a super versatile kick pad that would suit almost any style of drummer. The snare, like the ride cymbal is also positionally sensitive, it’s got a great feel and while there might be larger snare pads on the market, I think the size is generous for the price point. As with most snare pads, there’s a learning curve for nuances like rim shots but overall I find the 12 1/2″ XP125SD a delight to play.

The DTXPRO module has some great features but it’s probably the one component I would consider upgrading in the future, mainly for the additional front panel controls which allow you to easily adjust the volume of each pad. On the DTXPRO, the volume controls are buried in menus that are not exactly user friendly. Despite the clunky menu, the sounds on the DTXPRO are outstanding, and the ‘ambience’ control, which allows you to blend in the room sound from the studio the samples were recorded in, is a beautiful touch. When turned all the way down, you get a crisp small room sound. When cranked all the way up, you really do get the feeling you’re playing in a big live studio.

I haven’t recorded any footage of me playing the kit just yet but if you’d like to hear some examples, Drum-Tec have a fantastic video on YouTube that’s well worth a watch:

Whether you are an experienced drummer looking to move to an electronic kit, or a home studio producer looking to record drummers without bothering the neighbours, the Yamaha DTX8 is an impressive kit with realistic sounds that most listeners would struggle to distinguish from real acoustic drums.

Thanks for reading! Photos by Trevor Petrie.

Take your songs from idea to radio ready in a songwriter’s playground loaded with instruments, accessories and music production software.